Singers for the Fall ’21 Season 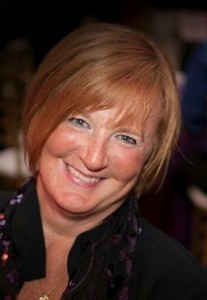 Cynthia has been singing with the Opus Chorale for four seasons.  She has also sung with the WV Symphony Chorus and Opera Chorus, the Larry Parsons Chorale and West Virginia Choral Arts.

She resides in Charleston with her Husband Dr. Gene Coulson, and three keeshonden.

Cynthia is retired from Putnam County Schools after 30 years of providing music instruction.  Prior to moving to West Virginia, she taught music and was a Gifted and Talented drama instructor in Southampton County, Virginia.  She is currently teaching piano and voice in her home as well as providing voice coaching for Hurricane High Schools show choirs.  She is a proud James Madison University alumna, and she holds a MA from Marshall University.  She is also a National Board Certified teacher.

Her hobbies include All Breed (dog) Rescue and Transport and knitting.

Her favorite choral works include the Verdi and Mozart Requiems, but the James Erb arrangement of Shenandoah is a forever favorite.

Karen Donathan has sung with the Opus Chorale since 2009.  She also enjoys singing with the Christ Church United Methodist Chancel Choir.

She was born in Effingham, Illinois but grew up in St. Clairsville, Ohio. She has also lived in Nashville, Tennessee and Dalton, Georgia, and most recently Charleston, West Virginia, where she has lived for over 30 years.

Karen is the wife of director David Donathan. They have two adult daughters, Kayla Donathan and Emily Sable, and a puppy named Melody.

Karen is currently a Technology Systems Specialist/Webmaster for Kanawha County Schools.  Previously she was Computer Science teacher at George Washington High School in Charleston for 25 years. She also taught at Hayes Junior High School in St. Albans for 4 years and Northwest Whitfield High School near Dalton, Gorgia.  She is also a past employee of the College Board where she served as the high school chair of the Advanced Placement Computer Science Test Development Committee.  She has also worked for Shaw Industries in Dalton, GA, Vanderbilt University in Nashville, TN, and served as a facilitator for code. org.

Her hobbies and interests include music, reading, traveling, and spending time with her family. Karen also loves riding roller coasters, and spending as much time as possible at Lakeside, Ohio.

Karen’s favorite choral works include The Armed Man, A Mass for Peace, composed by Karl Jenkins and anything by Kim Andre Arnesen (especially Even When He is Silent) and Ola Gjeilo (especially the Sunrise Mass). 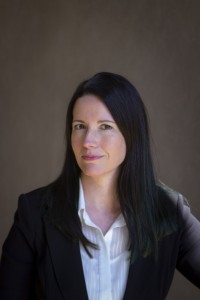 Shirley Drennen has been singing with the Opus Chorale for 6  years.   She has also sung with the Marshall Chamber Choir, the West Virginia Symphony Chorus, and the Baton Rouge Symphony Chorus.  She is a graduate of Marshall University, where she studied music performance.

She currently resides in beautiful Fayetteville, West Virginia with her husband, Mike, and two  children, Jim and Claire. and is employed as the Experience Manager in the eCommerce department at MRC Global. 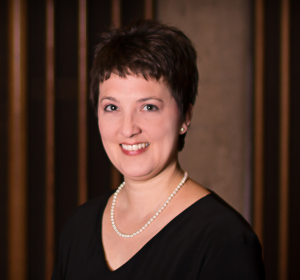 Her hobbies include recycled crafting and lots of singing.

Her favorite choral work is Handel’s Messiah, which she begins each Christmas Season singing with the Clendenin Community Chorus. Lynn says she “loves singing the Scriptures!” 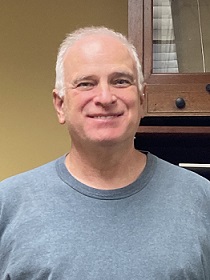 Rich Ford has sung with the Opus Chorale since 2009.  Rich has a long singing history including singing with many church choirs, high school and college choirs, Masterworks, the National Chamber Singers in Bethesda, Maryland (where he was a founding member), the NIH Chamber Singers (also in Bethesda), the Towne Singers and Wayne Knepper Singers in Chambersburg, Pennsylvania, and Cantori Montani here in West Virginia.

A native of rural northwest Pennsylvania, Rich now lives in South Charleston with his wife Cecilia.  He has resided in West Virginia for 20 years.

Rich his currently an Associate Professor of Biology at West Virginia State University. His specialization is the “micro molecular stuff”.   He currently teacher Virology and Biotech Program pedagogy classes at State.

His hobbies and interests include singing, being outdoors, hanging out with friends over food and drink, and more music.

His favorite choral works include Stanford’s Beati Quorum Via, Berlioz’s The Shepherds’ Farewell, Poulenc’s Christmas Motets, The First Noel, and so  many more!

Rich states, “what a joy and privilege to sing with Opus!  I’ve worked and studied under David Donathan longer than any previous director, and he’s one of the best I’ve seen!”

Beverly is a native of South Carolina and has also lived in Florida. She is married to Conrad Haskell (bass), and they currently live in South Charleston, West Virginia. They have three children.

Beverly is a graduate of Winthrop College (now University) with a double major in music education and piano performance. She taught public school music for two years, and private piano lessons for 25+ years.

Beverly enjoys reading, and she and Conrad love to travel, Of course, her main interest is choral singing, She has sung in the Charleston Civic Chorus for 44 years, and also sang with the Larry Parsons Chorale.

Among her favorite choral works are the Brahms Requiem and the Durufle Requiem.

Conrad is originally from Tampa, Florida and currently resides in South Charleston, West Virginia. He is married to Beverly Williams Haskell (alto). They have three children.

Conrad is a chemical engineer, retired from The Dow Chemical Company/Union Carbide.

His hobbies and interests include traveling, recording trips in HD video, editing, and producing HD movies. And of course, Conrad loves singing, past and present! He has participated in church choirs, a cappella chamber choirs, choruses, and chorales. Conrad is also a season subscriber to the West Virginia Symphony Orchestra and Charleston Chamber Music Society. 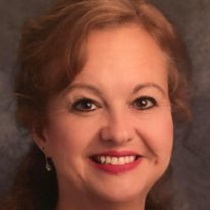 Marsha has been singing with the Opus Chorale for 2 and a half years.  She has also sung with womanSong, Mountain Laurel, St. Matthew’s Episcopal Choir, Dolce Divas, the Charleston Light Opera Guild and the WV Symphony Chorus.

She currently resides in South Charleston with her husband Paul Isaacs, Sr.  They have two adult children Paul Jr. and Paige.  Marsha is a teacher for Kanawha County Schools.

As for her favorite choral works, Marsha claims that there are “too many to choose from.” 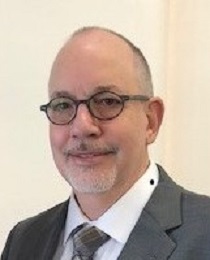 Joe lives in the South Hills area of Charleston with his wife Julie and their two cats, Scout and Skitter. 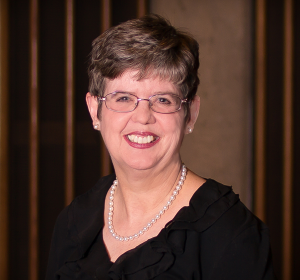 Julie Janisch was born in Ohio, where she lived until 1999 when her husband, Joe, accepted a position at the University of Charleston.

Julie has been the Director of Music at St. Mark’s United Methodist Church in Charleston since 2015. She completed a Doctorate in Worship Studies in 2013.

Julie’s hobbies include anything to do with fabric and her current obsession is quilting.

Her favorite choral work is The Peaceable Kingdom, by Randall Thompson. 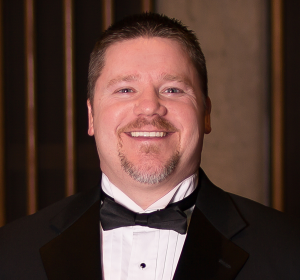 Bobby Jenks was born in Richlands, Virginia and raised in McDowell County, West Virginia. He now resides in Teays Valley, West Virginia with his wife, Emily and young twins David and Meredith.

He received a BS in Music Education from Concord University and a Masters in Trombone Performance from Marshall University.

Angela Jones was born in Merrillville, Indiana. She has lived in Charleston, West Virginia for 30+ years.

Her hobbies include playing the flute, singing, reading and spending time with friends and family.

As her mom always said, “her favorite work is whatever she is singing right now!” 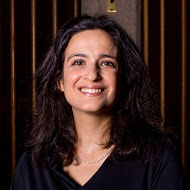 Lindsay Marchio recently returned to her hometown of Charleston after living in Ohio and Massachusetts for several years. She holds English and vocal performance degrees from the College of Wooster (Ohio), interned for The Ohio Light Opera for two years, and worked at Playhouse Square while attending and graduating from the Cleveland-Marshall College of Law. While in Massachusetts, she worked as an attorney and sang in the Chatham Chorale. 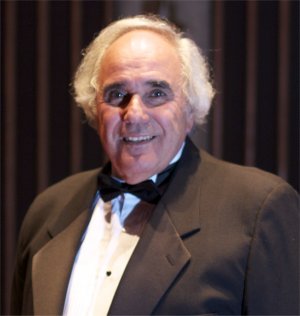 Tom Marchio was born in Charleston, West Virginia and has spent most of his life there.

Tom and his wife, Sara, have two children. Their daughter, Lindsay, shares his love of theater and appeared with him in Charleston Light Opera Guild shows while in high school. She is now a licensed attorney in West Virginia. Their son, Joey, is also a talented musician and directs the Chatham Chorale on Cape Cod where he lives with his wife and two young boys

He works for the Public Employee’s Insurance Agency.

His favorite hobby is participating in community theater. 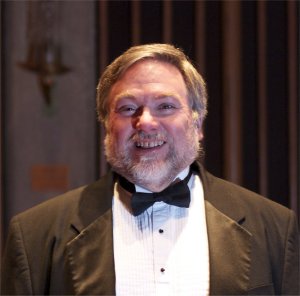 Bob Morris currently lives in the South Charleston area.  He is originally from Calhoun County, WV.

Bob works as the office supervisor of the Motor Carrier Section of the  WV Public Service Commission.

His hobbies include food preparation, reading, and walking.  His other interests include history, and information on Alpha-1 anti-trypsin deficiency.

Bob’s favorite chorale works include anything by Bach, and Kenneth Leighton’s,  Sequence for All Saints. 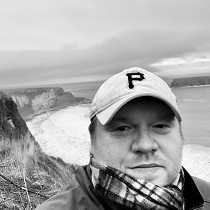 This is Daniel’s first season singing with the Opus Chorale.  He as also sung with the Houston Grand Opera, Pittsburgh Camerata, and the Parkersburg Choral Society.  e is currently studying voice with Mark Davis.

Daniel currently lives in Parkersburg, WV with his beautiful wife and 2 daughters (ages 7 and 9).  He graduated from WVU with bachelor degrees in Exercise Physiology and Economics, and a minor in Vocal Performance.  He currently serves as a Strategic Business Directory for Sanofi Genzyme’s Oncology Division.

His current favorite quote is “Leave it to me as a find a way to be, consider me a satellite forever orbiting, I knew all the rules but the rules did not know me, guaranteed…” by Eddie Vedder.