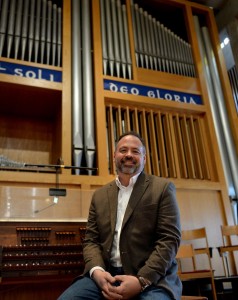 In addition to leading the Opus Chorale, David F. Donathan is the full-time Minister of Music/Organist for Christ Church United Methodist in Charleston, WV, a position he has held since 1992.  David is also an ordained Deacon in the United Methodist Church.  Since 2009, has has also been the Artistic Director and Conductor for The Opus Chorale of West Virginia who recently traveled to New York to sing in Carnegie Hall.

David loves road cycling, and has done two charity bike rides for the Leukemia and Lymphoma Society through their “Team in Training” program for which he raised over $10,000 for cancer research.

David and his wife Karen have been married for over 35 years and have two adult daughters: Kayla and Emily, and a dog named Melody.